Two dauntless dames from Vassar’s Class of ‘54 plan to meet for lunch in Santa Monica. This 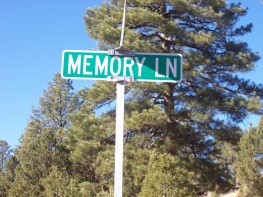 should be easy, except Alumna Number One lives several miles down the coast and rarely drives her grey Camry into the metropolis of which Santa Monica is a part.

She looks up the address on Google and memorizes the location.…well, sort of. She doesn’t remember how to find the GPS button on her phone. When she exits the freeway, she turns in the direction she thought the map had indicated, looking for 27th and Pearl. She can find 26th and 28th streets, but no 27th and no Pearl.

She stops and queries a few passersby. “Quien sabe?” says one. “Ish veseh nisht,” says another, shrugging as helpfully as she can. “Nov shmoz ka pop?” asks the third emphatically, but not helpfully.

She phones her friend. “Are you above or below the Santa Monica Freeway?” she rasps anxiously. Alumna Number Two is from New Mexico, and is just here visiting her family. “The highway?” she asks, clueless, in spite of having a Phi Beta Kappa key in a drawer somewhere at home. “I don’t know. What direction is that?”

“It’s a freeway,” Alumna One snaps, “and if you’re above, it’s north, or below it’s south.” Then the light changes and she has to drive on. More bootless appeals to the “kindness of strangers,” and more frustrating phone calls get her nowhere.

Finally a nice woman carrying some food in red boxes consults her phone and says briskly, gesturing, “Down to Pico; turn left on 27th, and keep going till you get to Pearl.” Nice of her to postpone her lunch long enough to help a hapless victim of the technological revolution.

Minutes later, the Camry pulls up to the intersection of 27th and Pearl. Alumna Number One sees a white haired lady sitting disconsolately on a fire hydrant, and guesses correctly that it is Alumna Number Two. Both shout with joy, though by now it’s one o clock instead of the planned 11:30.

Number Two gets in the Camry and they start for nearby Main Street, awash in restaurants. Fortunately Alumna Number Two has a GPS that gives them authoritative and accurate directions. In English. Their destination, in honor of Number One, a librarian, is a place called, “The Library.”

Parking is difficult on the crowded street. Number One gets nervous and, in a panic, pulls into the first lot she sees, a long way from their destination. Number Two, who wants to repay Number One for all her driving troubles, shoves her own credit card into the lot machine, reciting a mantra loudly: “Please don’t eat my card. Please don’t eat my card.” After three tries, the machine sticks out its tongue, a receipt for two dollars. The mantra works, and the credit card is released, uneaten. The alums, complaining about their feet, now amble toward the restaurant, blocks away.

Once seated on a patio with a glass of wine each, the years soon fall away. They talk, they laugh, they reminisce: Running to class, filling up exam blue books, eating and eating without gaining a pound. They recall friends now on another planet and friends who still abide on this one. They are in total agreement on politics…thank God. They feel merry and ageless.

The sun is hot and the sidewalk hard beneath their feet on the way back to the car, but they trudge along, chatting happily of this and that. During one short lunch they’d slipped back into a golden time when their lives stretched before them. Now their lives trail behind them, good times and tragedies, but they have survived.

And Number One has a granddaughter who has promised to show her how to use her GPS before her next trip to Santa Monica.

Photo by Paul Yoakum (CC BY 2.0)
Some rights reserved

2 thoughts on “Lost and Found in Santa Monica”